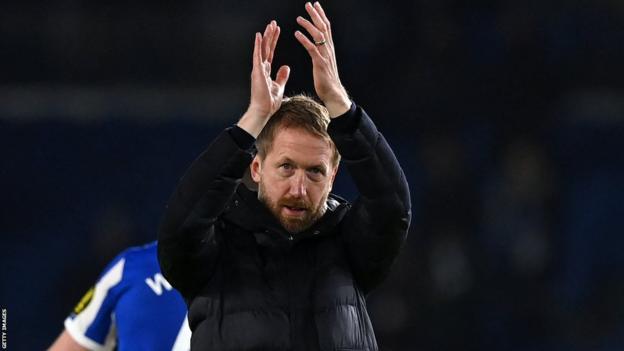 Brighton & Hove Albion captain Lewis Dunk is making good progress in his recovery from a knee injury but he remains unavailable.

Moises Caicedo has been recalled from a loan spell in Belgium and could feature with Enock Mwepu injured and Yves Bissouma at the Africa Cup of Nations.

James McArthur and James Tomkins are both sidelined by injury.

Brighton have hit a bit of form after that long run of draws or defeats they were on before Christmas.

The Seagulls not just getting wins - three in their past four games in all competitions - they are playing well too, so they will be full of confidence.

I still think Crystal Palace will get something out of this one, though. The rivalry between the two sides has produced some really good games in recent seasons, and I can see this one being close.

The Eagles have won on their past two visits to the Amex Stadium but this time, with the way Brighton are playing, they will probably be happy not to be beaten. 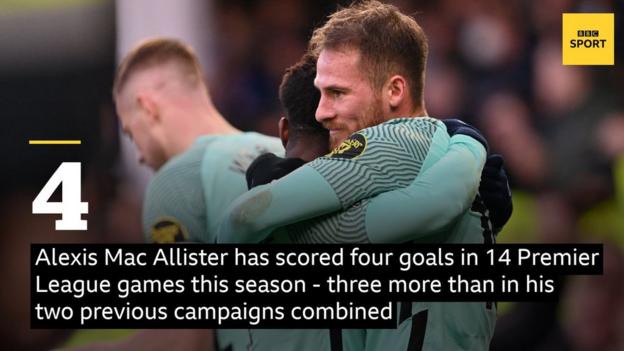 Brighton & Hove Albion are winless in the past five Premier League meetings. Palace could win three successive league games at Brighton for the first time. There has been a decisive 90th-minute goal in the previous three league encounters, with Albion earning two draws and Crystal Palace one win as a result.

Brighton's tally of 27 points from 19 games is their joint-highest at this stage of a top-flight campaign, last set in 1981-82. They have won two of their past three league matches following an 11-game winless run.The Seagulls have scored six goals in their past three league games - the same total as in the previous 10 combined.Brighton lost their first Premier League fixture played on a Friday against Bournemouth but have remained unbeaten in the subsequent four, keeping a clean sheet each time.

Crystal Palace's only victory in their past 11 Premier League away games was by 2-0 at Manchester City in October (D3, L7).The Eagles have lost their last three league matches on the road without scoring.Palace have won a league-low 26% of their points in away fixtures this season. They have never won a Premier League fixture on a Friday, drawing three and losing four.Odsonne Edouard has scored twice and provided three assists in his last four Premier League appearances, which is two more goal involvements than in his first 13 games in the division.Michael Olise has been directly involved in an unrivalled five Premier League goals as a substitute this season, scoring two and assisting three.

Choose your Brighton formation and starting line-up. It's up to you how to approach it - you could go for the team you WANT the boss to pick or the one you THINK he will.

Choose your Crystal Palace starting formation and line-up. It's up to you how to approach it - you could go for the team you WANT the boss to pick or the one you THINK he will.